Ringing in the Ears

Tinnitus, a persistent ringing in the ears, humming, hissing, or roaring sound in the ear or ears without an external corresponding sound, is a bothersome malady that is usually a symptom of other issues. Some of these issues cannot be prevented, such as age related hearing loss, but many times tinnitus is avoidable. Like with other health concerns, the old cliché rings true: an ounce of prevention is worth a pound of cure. But what are the best ways to prevent tinnitus? Read on for some of the best ways to keep tinnitus away. 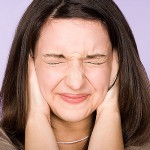